I hope this article finds you and your family well. As part of our commitment to keeping you informed in the current environment, we are providing a recap of what took place in the markets in late April.

Key developments as of April 24

Canadian and U.S. equity markets continued to fluctuate as investors weighed the possibilities of slowly easing lockdown restrictions and a quick economic recovery against the fallout of plummeting oil prices.

How do these developments affect my investments?

North American stock markets have rebounded smartly from their recent lows reached in late March, despite the increasingly poor economic data. This shows why it is important to keep in mind that in the short term, no one knows which way markets will move.

While several jurisdictions around the world are lifting their lockdowns, there are still many unknown variables that could affect the pandemic and the outlook for the economy and the markets.

Should any of this change my views on my investments?

The market’s recent turbulence has been difficult emotionally for many investors, and we should be proud that we have followed our long-term plan. Going forward, we will continue to see numbers like those above; some may be positive for the economy and others negative, but it is important to see them as data that are constantly changing, rather than as indicators to overhaul your portfolio.

To emphasize the benefits of staying invested in both good times and bad, we are sharing  the chart below. Regardless of what the market does in the days, weeks, months and years ahead, history has shown that staying the course has reaped benefits over the long run. 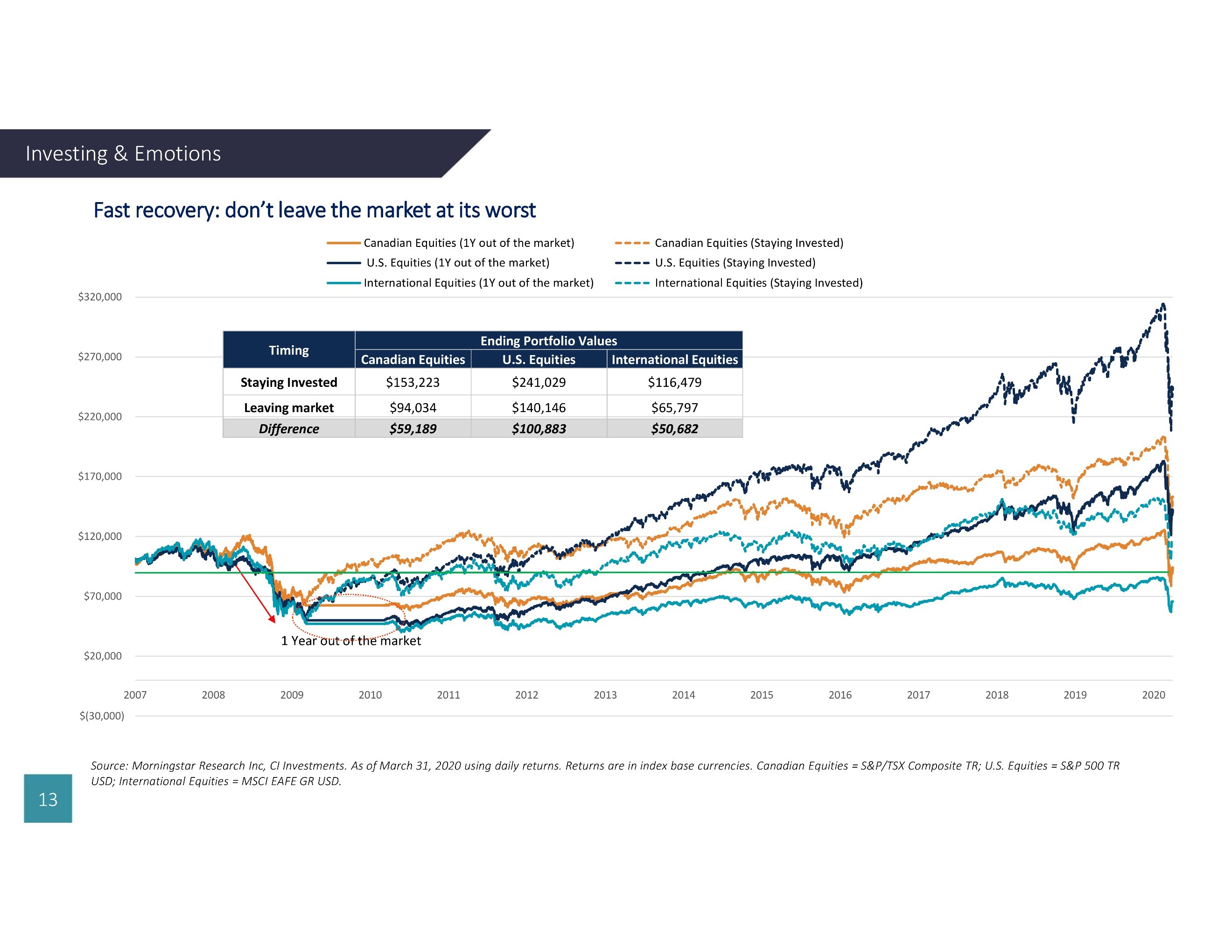 Our message is this: just as it was wise not to panic when markets rapidly declined during the virus’s outbreak, it is also helpful to remain cautious as events progress. Sticking with the long-term plan we have built together is the key to navigating both the good times and the bad.

We are always happy to discuss your investment plans if you feel it would be helpful. Please do not hesitate to contact us if you would like to talk or to schedule a video chat.  It's another way that we are here for you.